We have placed our first Carbonite HT-10 backup appliance with a client.  It is working exactly as expected in terms of backups– once the appliance (a small re-branded Dell PC actually) was connected to the client’s network, we installed the small “agent” on the servers and PC’s we wanted to backup, created a “schedule” for the backups, and let it fly.

Some things to be aware of with this device:  it currently does IMAGE backups… i.e., the “full” backup is a “clone” or “image” of the hard drive you select to backup.  This is ideal if the machine being backed up has a failure, gets stolen, bursts into flames, etc.  You can get a new machine in place and restore the image from the Carbonite appliance, and the new machine will be exactly like the old one.  Scheduled “incremental” backups are backups of only the data that has changed since the last backup (whether a full or incremental).  So the full backups can take a while, but the incrementals are usually quick and small.  As we have scheduled our client’s backups to run at night, no impact on LAN or machine performance has been noted.  What we HAVE noticed is that the cloud transfer is taking a while…  see, the Carbonite Appliance is a “hybrid” device– it first takes backups from your PC’s and Servers and stores those backups LOCALLY, in it’s own hard drive.  Then it COPIES those backups to Carbonite “cloud storage”, in protected off-site data centers.

We currently see a couple of “quirks”…  one is that a couple of machines we set to backup have still not completed their initial cloud backup after a few weeks…  we are looking into this to see what the deal is.  The second is that the storage within this device is 1 TB (for local backups), with 500GB of “cloud” storage.  Backing up 3 or 4 machines nowadays can easily surpass those limits.  Carbonite has already stated they will be offering different models, with different capacities of internal storage, and cloud storage can be increased in 500GB chunks for $10/chunk/month.  If we can overcome the slow cloud transfer time, the Carbonite Appliance is a nice deal… it is now offered on yearly subscriptions (with multi-year discounts, of course).

THE BOTTOM LINE: This device has its uses.  If you need a good local backup as well as an off-site backup, with HIPAA compliance, this box can do it…as long as you have less than 500GB to back up.  Significantly less would be best, as it could take quite a while to send several hundred gigabytes to “the cloud” via your internet connection, especially if you only allow backup transfers to occur at night/after hours (as this thing could be a bandwidth hog).  This appliance, as mentioned, does a full “image” backup, along with daily incrementals (i.e. only things that have changed since the last full)…which allows a restore to brand new “bare metal” box in case of hardware failure of a machine that is being backed up.  With the local backup, this kind of restore is much faster than trying to restore an entire machine from a “cloud” only backup.  Sure, you can get “cloud only” backup’s for as little as $5/month, but with very little control over what gets backed up– and it could take weeks to complete a full backup to cloud only.  And cloud only often doesn’t allow for “bare metal” restore.  Please contact SOS to discuss your particular situation and the options available.

UPDATE 10/23/2014:  Carbonite pushed an update to the appliance software, which includes a “retention” feature… this allows us to specify how many iterations of any particular backups are saved, allowing the box to overwrite old backups, and save space.  A feature we still want is the ability to have the box email status reports.  As for cloud backups, they have all worked well now, and all 189GB of a user’s local backup is successfully stored in the “cloud”.  Carbonite plans to offer machines with larger local storage capacity, but no release dates have been set.

UPDATE 11/20/2014: Carbonite pushed another update to the appliance.  It is working pretty well now, except for 2 things: the machine still does not have the ability to send status updates (i.e. emails saying “backup successful” or “backup failed”, so I still have to regularly remote into the client site, and then access the machine’s web page– and the login credentials for the machine are “reseller login” info, so not a good idea to give to the end client (YOU!), as my login credentials will access information for all of my Carbonite clients…  Carbonite says lots of these changes and improvements are already planned and being worked on… the thing still has promise, as there is no other device like this that I know of at this price point that will do both local and cloud backups.

UPDATE 12/18/2014: After some more updates, Carbonite now sends me alert emails when the storage capacity is over 75% full.  Still not as comprehensive as I’d like, but still an improvement.

UPDATE 11/17/2015:  I have placed the brand-new 4TB Carbonite unit with a client about 2 weeks ago, and so far it is working perfectly.  Carbonite has done an exceptional job listening to comments and incorporating changes into the software for the appliances… the new appliance is much faster than the previous 1TB units, and has incorporated changes such as daily bandwidth usage scheduling (i.e. you can schedule the machine to do cloud backups Monday through Thursday from 7PM to 8AM, and then for the weekend it can be set to allow cloud backups from Friday night 7PM until Monday morning 8AM, allowing the entire weekend for shipping cloud backups off site.  Previously the machine only allowed a single “window” setting for cloud backups (i.e. every day of the week, 7PM to 8AM), which meant cloud backups would not occur on Saturday or Sunday during the day, even if the office is closed.  At this point I have no problem giving the Carbonite appliance a thumbs up.  The new appliances are now available as both a small cube like mini-tower, or a rack-mountable unit.

UPDATE MARCH 2018:   Carbonite has completely revamped and changed the former “appliance” line of devices…  they now use “powered by eVault”… check it out here: 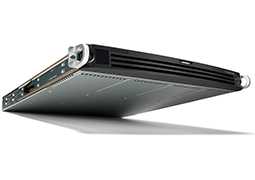 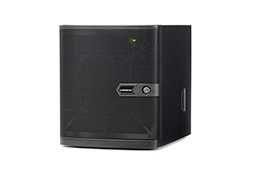